We wrote this page in 2010 and find it only fitting that we keep it true untouched. It's dated but the connection between HHP and BES Racing has remained strong for over 15 years now and they continue to be the #1 Performance HEMI Engine Shop in the world.

The HHP/BES 5.7L & 6.1L HEMI Ported and Polished Heads and Intakes & Custom Cams Working in conjunction with noted Engine Builder Tony Bischoff of BES Racing Engines, Winner of the 2006 JEGS Engine Masters Challenge, and one of the best engine builders in the US, we have developed a new line of 5.7L and 6.1L performance packages. From Ported and Polished Heads and Intake Manifolds to Custom Cam Shafts, to entire engine stroker packages, HHP is putting out some of the strongest and the safest LX platform vehicles in the entire country and we're continuing to out-performing even our own expectations. We've produced several packages for our customers from the basic Stage 1 versions which can be run by themselves to the combination packages for the customers choosing to do more mods at one time, allowing for even more aggressive designs. 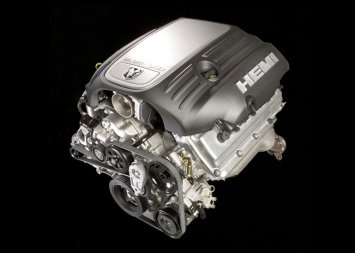 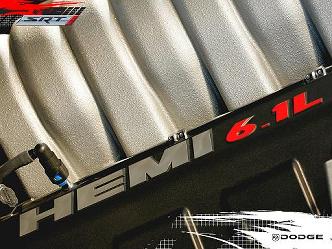 BES/HHP SRT-8 Stroker Motors Let us turn your 6.1L into a high performance 392 cubic inch or a 426 cubic inch stroker. Teaming up with BES, we put out the most powerful and the most reliable HEMI stroker motor vehicles on the market. For an engine shop that is most comfortable producing 1200 horsepower naturally aspirated engines, the quality of our BES/HHP Stroker Motors shows in their design, how smooth they run and in their performance numbers which out-perform our competitors. Who else but HHP can say that our 392 will run flawlessly on your stock computer with no problems? Nobody, that's who.

HHP carries exclusive rights to the BES New HEMI line of products and has helped BES develope the best engine performance and tuning packages for the new SRT-8 vehicles. Stroker Kits require possession by HHP of your SRT-8 for approximately 4 to 6 weeks. We do carry other manufacturer's lines of stroker motors which only require around 1 week's time for installation and cost slightly less. HHP prefers only to sell our BES Strokers for SRT-8 customers. The cost to correctly stroke a 5.7L HEMI requires several thousand more dollars to upgrade the 5.7L's heads and intake manifold to 6.1L heads and intake and due to complicated tuning requirements and driveline differences, final package output is substantially lower. We recommend upgrading to a 6.1L engine with minor HHP mods for current 5.7L owners looking for large increases in power - this costs substantially less and we have new 6.1L engines at our disposal. For 5.7L HEMI customers, please contact HHP.
BES WINS 2010 AMSOIL Engine Masters Challenge 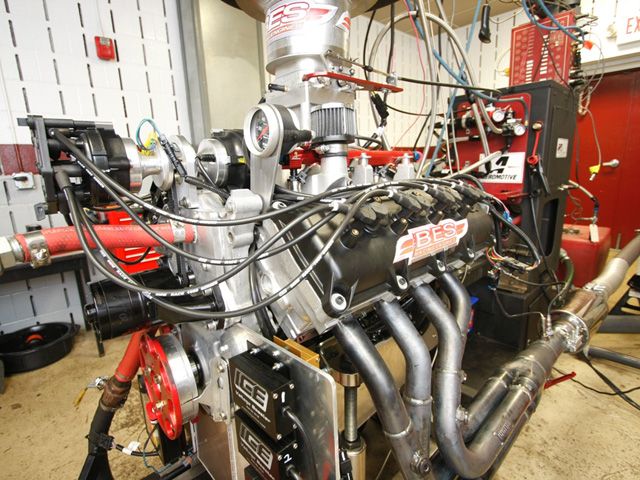 Tony Bischoff and the BES racing team have had an enviable run of success in the Engine Masters Challenge, and came to the 2010 event as multi-year champions. This year the team came to the show with an all-new engine package based on Chrysler's latest Hemi. The degree of sophistication on this engine was just jaw-dropping, with everything from the Ice ignition system firing through two separate distributors for the twin plugs, to the intricately executed fuel injection system. The exterior of the engine was covered with custom fabricated components from top to bottom, and one could only guess at what was inside. Whatever was inside was definitely working.
BES SBC Takes Second at 2010 AMSOIL Engine Masters Challenge 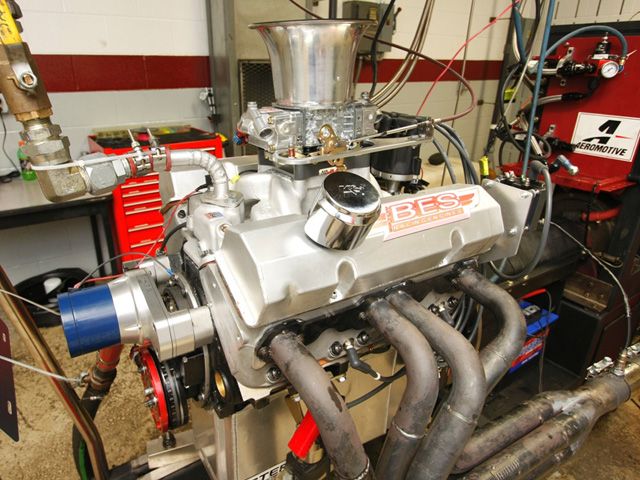 This year John Lohone, from JL Reliable engines brought an engine that might seem a little familiar. Lohone runs the shop at BES Racing Engines, and the 403-cube small block Chevy had an uncanny resemblance to Bishoff's winning small block from a few years ago. The engine was re-configured to meet the current rules, and as might be expected, the power output was outstanding. The engine was run with just some fine tuning to the timing.
X